IFCOMA's efforts in development of the Indian Footwear Components Industry have been laid in conformity to a well defined set of objectives formulated by its Executive Committee after due deliberations with its members.

Represent the problems of Indian footwear component manufacturers and its affiliates to various government, semi-government and concerned bodies.

To influence through a network of affiliated groups, manufacturing trade associations and state institutions for the benefit of the component Industry.

Promote interaction among members for development of products of international quality to address global competition in the new liberal economic environment.

Organize technical and laboratory assistance for members to attain highest levels of quality.

Honour all those personalities who have contributed significantly to the growth of Indian footwear component industry.

Arrange foreign collaborations, technical tie-ups and obtain concessions from the state and central governments for the development of the footwear industry.

To promote the export of Indian footwear components in international markets.

Relentless pursuit of policies that will promote economic growth. 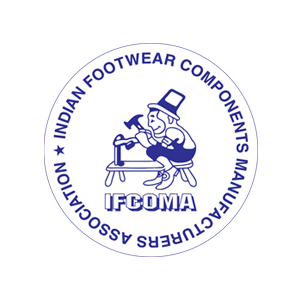